Vocal Catastrophe Or Just A Phase?

Have you had those times where you think you’re voice is going down hill?

You know the vibe… when you’ve had a cold and for ages after your singing voice just ain’t right. 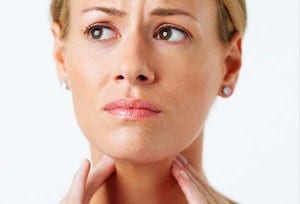 I know I’ve started training my voice with new concepts and things have been improving but then it starts to worsen, and no matter how much I use the exercises that saved me before they don’t work!! Panic sets in… but no need to panic.

Drawing on experiences from my own voice, fellow singers and voice students over the years I thought I would expand a little on those situation we all run into when we think our voice is terminally screwed and uncooperative, as you’re usually not far away from being ok.

Usually a recent occurrence of a client in a similar situation sparks off the memories of clients past and their troubles, and this week is no different…

Understandably my client was concerned because a gig was looming, and by her own account her voice hadn’t been feeling great for the past 3 months or so. She was experiencing a choking feeling and her voice was much less stable than some recordings previously, and the level of discomfort was even to the point where a vocal examination was on the cards. There is no worse feeling than that. The thought of going head first into a gig situation with an unreliable voice, especially where your mates, musical peeps and anyone else you’d like to impress will be there and passing judgement. I’ve totally been there.

She reminded me of the first person who ever came to me with a problem of that nature, when she sang the resulting sound was so rough I remember thinking “I’m out of my depth, and they could sue me if I screw this up”. I could’ve sworn that surgery and a change of career was her best option but I refrained from recommending that… probably not helpful. Instead, I started to tentatively use some of the tools I’d learnt as a trainee SLS teacher, but with SERIOUS caution. It was a revelation in technique, because even a bumbling fool like me with a bit of knowledge about resonance, larynx manipulation and vowel shapes was able to guide her to a clean and easy tone in a few steps. Admittedly it was partly luck and experimentation, but it planted the seed in my mind that even the seemingly worst vocal issues can be surprisingly close to resolution.

A year or so later another female singer came to me who had actually given up singing semi-professionally due to massive vocal issues after having the flu. Without the first learning experience under my belt the only thing I would’ve said would’ve been “Nurse, pass me the scalpel” but thankfully I felt sure that we could safely find a way forward. This is the one and only time in my life that I have actively welcomed the situation of a crying woman in my presence, as this time it was a beautiful moment. She was so elated at being able to use her voice again she broke down, and now she could rejoin the (literal) band wagon. I was a happy chappy. 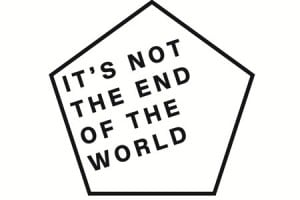 Anyway going back to the recent client it was, like the others, a case of voice use that had sunk into an uncomfortable spot over time through a change in vocal habits, specifically the use of too much of a hooty sound quality in singing for too long leaving her voice dark and lacking in energy.

The voice is a synergy of muscular coordination and each element of the chain needs to be maintained and trained regularly to ensure it’s all working together as planned, but most importantly monitored to spot degradation or improvement. The balance of these synergies can be tipped easily by everyday voice use. A repeated misbalance can result in changed muscle coordination, hinted by the change in the singers tone quality and feeling. The new coordination can easily be inherited as ‘the norm’ through the concept of muscle memory, become a habit, and get worse from there. In the cases above it seems that was the scenario; either over-using a particular vocal sound to solve a problem and ultimately creating a new one, or singing or speaking differently (either louder or softer) around a cold. Both created an imbalance in vocal coordination and became habit through muscle memory. This is what makes some vocal problems feel like such a damn rut… because it’s completely automatic. “It’s like it’s got a mind of it’s own!!”. Well it kinda has.

So, to boil it down for ya’ll…

a) I can safely say that many people who have vocal issues are not on the brink of nodules and spitting out their voice box so try not to panic, rather get some help from a technical bod who can keep you on the straight and narrow. It’s often an easy fix and is a vowel sound or two away from being cleared up. Of course there are cases where there is something more sinister but that is for another blog entry.

b) If a vocal issue seems to have become so ingrained that it’s like a habit, the best thing to do is to get your voice out of that habit. That’s all we teachers do; take the voice out of the norm for a moment with exercises that encourage different coordination and try to break the link to muscle memory and train a new habit, or retrain the old and decent habit that was lost.

If you have any suspicions that your voice is suffering from a disorder then don’t hesitate to contact a well established teacher to give you an opinion, or of course visit your doctor and get referred to the ENT department at your local hospital for an assessment.

As always, we are here to help so please do get in touch if you are having some problems.