Welcome to 600 Second Singing, Episode 1! Today we are rattling on about mixed voice!

But first, an explanation about this new ‘series’….

There is often a leeetle bit of time in-between our full length guest podcasts. To fill that gap, we thought we would do regular ‘mini’ podcasts featuring listener questions. Fortunately, we get many singing queries via our website and Facebook messenger so there was no shortage of inspiration!

“Hey! Wondering what the best way to achieve mixed voice is and bridge the gap between my chest and head voice?”
Anon

We will get practical, but first off all lets bring you something vague. Let’s face it, it’s not an answer to a question about mixed voice unless it has some vagueness!

What do we mean by mixed voice? We’re guessing that most are talking about how to sing from a low note to a high note with consistent sound between them.  Instead, we often get vocal breaks or that clunky sound as we come down.

Maybe you’re talking about vocal acoustics? If you are, read Chris’s article here on the acoustic definition.

One initial problem that the singers out there will face is how they want it to feel or expect it to be.

“A little bit like chest voice but not” is a common one. Maybe you read a book where the author said it should feel a certain way. Whatever you read, it creates preconceptions around what you’re aiming for.

It’s a bit like eating strange meat in a new country, whatever that meat might be. You ask the server what it taste like and they say “oh, it tastes like chicken”. As humans, we like to have something familiar, so the comparison to chicken makes us feel safer about trying it. 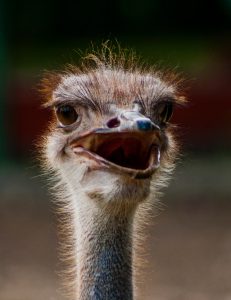 For mixed voice, or just a consistent voice from bottom to top, there are so many ways to achieving it and experiencing it. And if, like chicken-esque foods on holiday, we are told it is ‘like’ something else then it will influence our behaviour and that will influence the outcome. Not always in a helpful way, but it’s hard to escape that if you read a lot about singing.

To not follow a bum steer, based on someone else’s description of mixed voice, we must first try and leaves our idea of what it should be like at the door. Experiment with the expectation that it might turn out to be NOTHING like you expected. Then you can draw your conclusion as to whether it feels like a ‘mix’ of two things, or nothing like that at all.

As we’ve kinda mentioned, mixed voice, if it’s even a thing (as there isn’t much research to back up what it is exactly) means different things to different people. This is why any advice on how to access mixed voice is often going to be very hit and miss.

For example, if someone with a breathy speaking voice said to their coach “I need to work on my mix”, that coach would take one route to that goal. On the other hand, if a person said the same in a very deep, super-rich speaking voice then the approach would probably be completely different.

Saying that, here are some tips if you’re getting close (wink face):

1. Balance out your chest and head voice separately

A lot of people who are struggling with evening out the middle are carrying a few problems in certain registers already. Maybe chest voice is mostly heavy with slightly flat pitching. Maybe falsetto is a bit non-existent and uncomfortable. You may need a coach to help you understand if this is the case, but a lot of singers kinda know already but are avoiding dealing with them. Spending some time settling down those registers in separation will massively help them transition between each other much more ‘naturally’ in the end!

Notice I didn’t say tension? As pedagogue Cornelius Reid mentions often, tension is required in singing, but tenseness is not. That includes tenseness in the body; the chest, abdominals, throat or articulators, for example. If we spend time reducing tenseness, the larynx is usually happier and the vocal folds aren’t pulled away from their job as sound makers. Sticking the tongue out when singing is one example which can show us if unnecessary effort in the tongue is holding you back from your ‘mixed voice’. A good coach has many ways to weed out these problems from the body and loosen you up!

3. Focus on a feeling of flow

Flow is about the feeling or air coming through the voice. Some people hold it accidentally and feel constricted, some people allow too much and sound breathy. Semi-occluded vocal tract exercises (SOVTs) work well to get a more consistent feeling of flow. Scales and melodies on a VVVV sound are helpful to get a sense of it, as are puffy cheek exercises and many other variations of SOVTs.

Vocal fold registers are very sensitive to the intensity of a note, so you might disturb the balance of your middle voice by being too loud or pushy. For the nerdy peeps, the thyroarytenoid and cricothyroid muscles, along with the muscles that adduct the vocal folds, need to adjust in synergy to find a consistent register through the middle voice. You can help those muscles find a balance by often backing off the effort a bit. In some cases, the energy actually needs to increase to find that balance but those singers are more in the minority.

We could down the route of how vowels can help but that is possibly a bit too full on for todays quick episode!

All that’s left to say is that you might need someones ears to help you. A vocal coach ideally, or sometimes even just another experienced singer might highlight stuff you don’t usually notice.

You especially need professional help if you have been trying lots of stuff but have been unsuccessful. Don’t be afraid to find someone locally, or contact us if you need training help online.

If you want to carry on the conversation in our private Facebook group, click the image below and say hi! 🙂