0
was successfully added to your cart.

Let’s Talk About Your Diaphragm 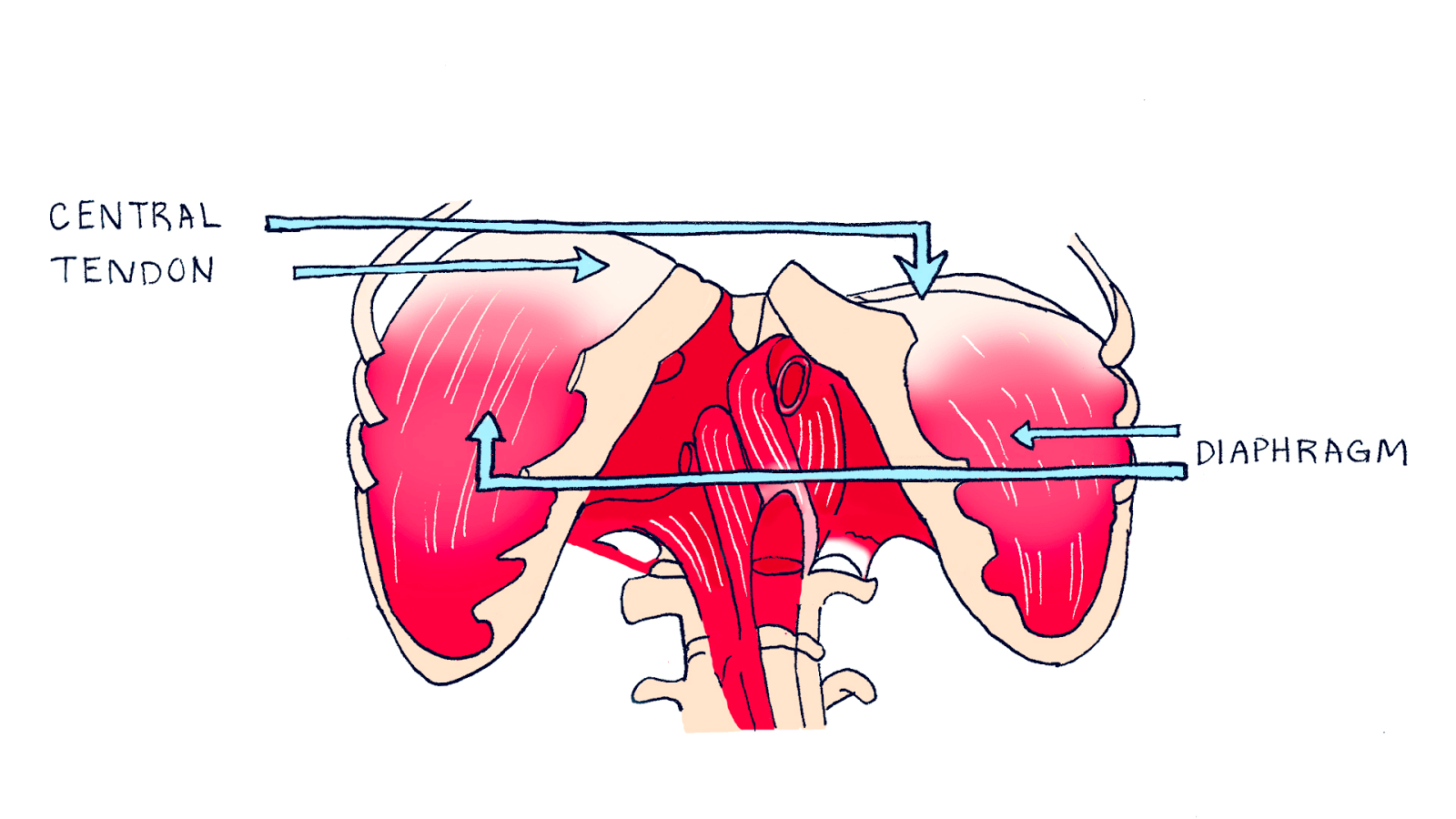 Okay, let’s talk about your diaphragm. I know we voice coaches says things like “breathe with your diaphragm” or “use diaphragmatic breathing,” but to be honest that language is misleading. Why? Because it’s kinda like saying “walk with your feet”…. what else are you supposed to do it with anyway?

Like any other muscle in the body, the diaphragm is primarily capable of two things: contracting and releasing.

Take a look at this drawing of the diaphragm. A few things to note:

When your diaphragm gets the signal to contract, the fibers shorten. This brings the two “ends” of the diaphragm together, lowering the central tendon and lifting the base of the ribcage.

When your diaphragm gets the signal to release, it returns to its domed resting position… the ribcage lowers and the center rises.

If you imagine this motion, it’s sort of like the movement of a jellyfish: flattening and expanding, and then returning to its dome shape. You can even try doing that with your hands a few times.

For the diaphragm to move freely, what it really needs is SPACE.

The problem is that the ribcage, the abdominal contents, or muscles in the torso can become rigid and pose resistance to the free movement of the diaphragm. This resistance can lead to issues with breath support and vocal tension. How can this be addressed?

By learning to coordinate the movements of the torso so the diaphragm can provide vocal support while moving with as much freedom as possible. In other words, we need to understand how to expend necessary effort with the muscles of the ribcage or abdomen, but use as little excess tension as possible. The irony though, is that as soon as we hear a phrase like “breathe with your diaphragm,” we often start to expend extra effort.

I believe the key to this issue is to keep learning about the diaphragm and the voice and how it all works. When we have a nebulous understanding of how something works, it’s very difficult to make it work more efficiently.

However when we’re clear about something works, we can address any needed repairs to the system much more easily. This applies as much to your voice as it does to fixing issues under the hood of your car.

So let’s keep researching and asking questions and seeking to understand this beautiful thing called our voice, because how we understand it will affect the way we use and share it!

Want to learn more about breathing and how your diaphragm works? Join Elissa Weinzimmer for a FREE webinar called “Breathe With Your Diaphragm: What Does That Mean Anyway?” on Friday June 10th at 3pm EST. Register at www.breathewithyourdiaphragm.com.

Elissa is the creator of How Your Voice Works, the online course explaining the anatomy and mechanics of the human voice. Additionally, she is the Managing Director of Vibrant Voice Technique, a revolutionary approach to enhancing the voice through vibration.

Elissa grew up in Northern California and went on to earn a BA in Theatre and English from the University of Southern California, and an MFA in Theatre Voice Pedagogy from the University of Alberta. She is also certified in Fitzmaurice Voicework® and Hatha yoga. In 2014, Elissa was the recipient of the Clyde Vinson Memorial Award from the Voice and Speech Trainers Association (VASTA). She is based in New York City, where she teaches at Anthony Meindl’s Actors Workshop, NY Film Academy, and AMDA, and coaches regularly for numerous theatre, film, and media productions. Elissa is also a director, a performer, an avid yogi, and a meditator.