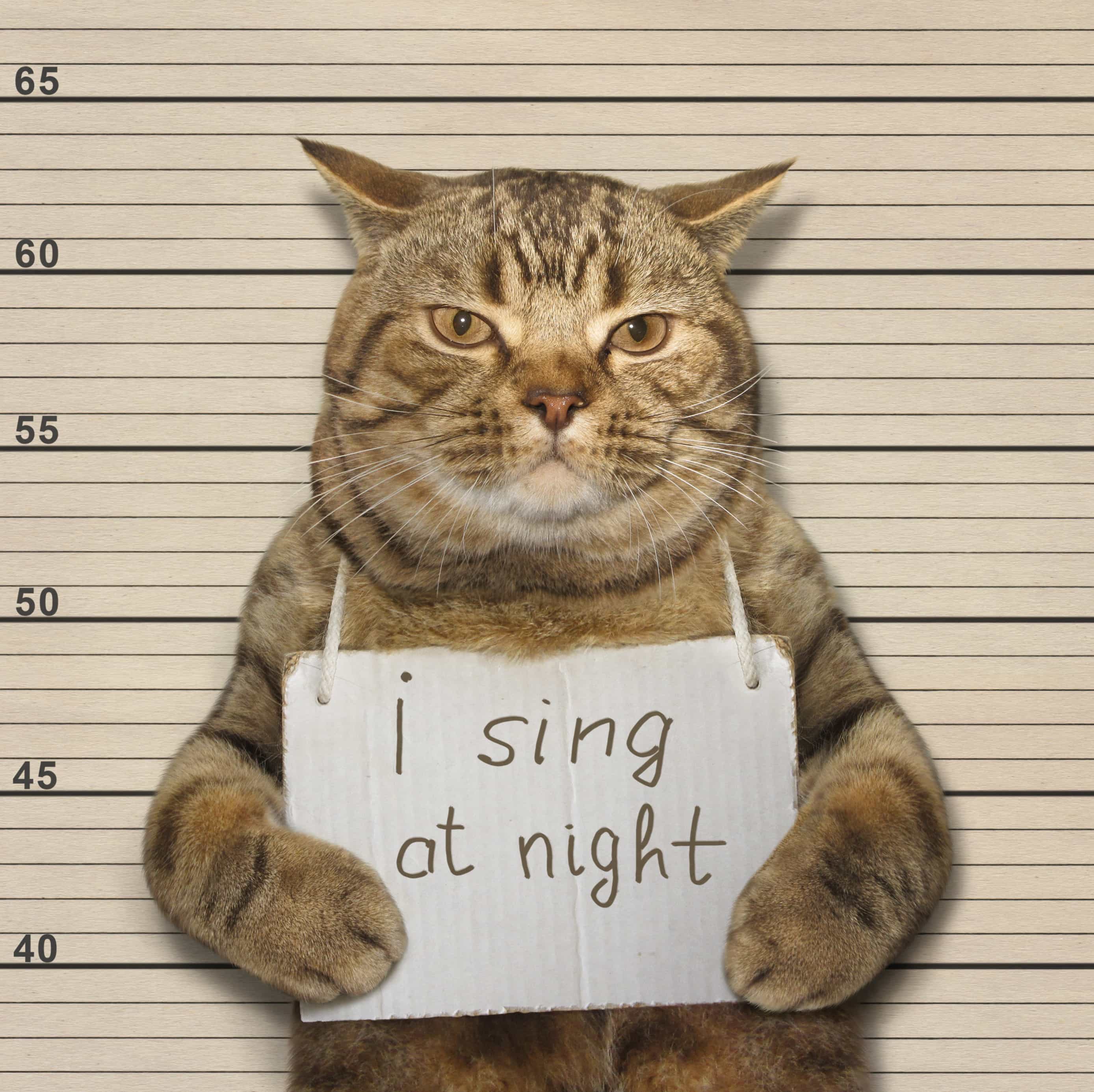 Stretch that vocal ligament for a bigger range!

Everybody wants to have a big range. Range isn’t everything though. Frank Sinatra didn’t need a big range to melt all those ladies in to the floor. Despite that, we’re not in the era of swing. We’re in pop, and pop music is demanding. Modern musical theatre has also burst blood vessels. If you’re not a pro, having a more sustainable range will at least give you more options when choosing songs. You won’t have to say “that’s too high for me” as often. Wouldn’t that be nice?

Say hello to your cat!

There’s loads of advice for extending range and there are a myriad of things that could trip you up when going high. Throat tension, fear, abdominal pushing, Easter. It could be anything (the last one was a joke). However, one reason could be that you stay away from it too much because it’s squeaky and rubbish. In which case, it WILL be hard work when you do go there! But while you’re avoiding it it’s becoming more and more stagnant, therefore we must find ways to work it [baby].

The thing is, the extremes aren’t supposed to sound beautiful. They’re the limit of your capability, therefore an element of ‘cat’ will probably be in the sound. If it makes you want to go up there more frequently, name the cat and go visit him/her everyday.

Amongst the jungle of good and not-so-good advice out there for range extension, here’s a slightly different rationale. It’s born from years of stretching my voice up and down my range, and witnessing the difference in the singers I work with and hangout with. It’s also based around a new theory from our friend and occasional nemesis: science.

Dr. Ingo Titze wrote an article recently about ligament development in the vocal folds. “Whaaaaaat?” I hear you say. The gist is that there’s evidence of our body increasing the density of the ligaments in our joints if we stretch them regularly.

ligament
Noun – ANATOMY
A short band of tough, flexible fibrous connective tissue which connects two bones or cartilages or holds together a joint.

In a preliminary paper on the theory, Dr. Titze describes how it could be possible for the ligament structure inside our vocal folds to transform in the same way. What’s especially relevant about that to singers is that the ligament is what vibrates when we sing (along with the rest of the vocal fold tissue, of course). In addition, the vibration of the vocal ligament is the reason why we can even hit high pitches because it’s flexibility allows it to be stretched (by the Cricothyroid muscle) to a very high tension. At this high tension, the muscle of the vocal fold is too stuff to vibrate so it’s down to the ligament portion to provide us with our sound signal.

The Vocal Folds, courtesy of http://ncvs.org/

Without bogging you down in tissue viscosity too much, a denser ligament could reach higher tensions, and hence higher speeds of vibration. What’s more, the Cricothyroid muscle wouldn’t need to stretch it with as much force to reach those speeds. As a higher speed equals a higher pitch, it means you could reach the big notes with less effort.

Many vocal coaches and singers will corroborate that a sustainable range comes with repeated exercising of that area over time. If that is down to increasing ligament density, then the advice would be to stretch your vocal ligament routinely. There is no other way to do that than to go to the ‘toppest’ of your top range, over and over again, as part of your ongoing daily regime. FOREVER. Sorry about that.

A safe way to do that in the beginning is to use a semi-occluded vocal tract exercise (SOVT), like a straw or a puffy cheek. Using glides and scale patterns from low to high and back down again are a good start. However, most singers reach their highest note initially by going directly to the top and sirening down. The more you go there, the more you’ll find the adjustments that make it consistent whilst remaining in the SOVT exercise.

It’s not all about blowing the most amount of air you can at it. You may have to aim sharp each time to ensure you’re comfortably up to the target note each time. Furthermore, the back pressure in an SOVT can also help to reduce throat constriction. If you avoid tightening that throat like you just stepped on a drawing pin, the back pressure can do its job for you.

Stretching the tissue frequently is a necessity. It can best be done with semi-occluded vocal tract techniques because they maintain small amplitude of vibration and therewith limited vocal fold collision. Dr. Titze

Open up to vowels

Let’s say you just spent one minute finding D5 (just as an example, fellas) with an SOVT exercise. You might have gotten all brave and aimed for Eb5 and E5 too. In which case, it might be time to continue stretching that ligament with an open vowel. My favourite is a wide mouthed, open jawed WEEEEE siren, starting at E5 and moving up, in semitones, to Ab5 or so. Whichever your favourite vowel, give your high note a try. Tread carefully initially, but don’t restrain or be too tentative. You’ll likely go flat and probably strain. Conversely, try not to yell or squeeze it out or you could damage yourself. It’s all about trying to find that confident, released sound that isn’t underpinned with physical tension.

All you need is an excuse

Admittedly, the vocal ligament theory is a new one and it needs more evidence to support it. However, if it’s another excuse to exercise the dusty end of your voice more regularly then who cares if it’s new. The amount of singers who avoid their high range because it’s not wonderful is in the zillions. An SOVT exercise helps singers curb this avoidance tactic because it’s barely audible, therefore it can’t really be judged stylistically.

Unlike our modern voice use, our mammalian larynxes were meant to be used at high intensities and high pitches. If you go up there a little more, over time you’ll be able to find out what your sustainable range is and incorporate it into song, if that’s your goal of course.

Always work with a coach to ensure that you’re not trying to sing beyond your physical limitations as that can result in fatigue, muscle tension, and possibly vocal fold injury. You can work with us online if you can’t find someone in your area.