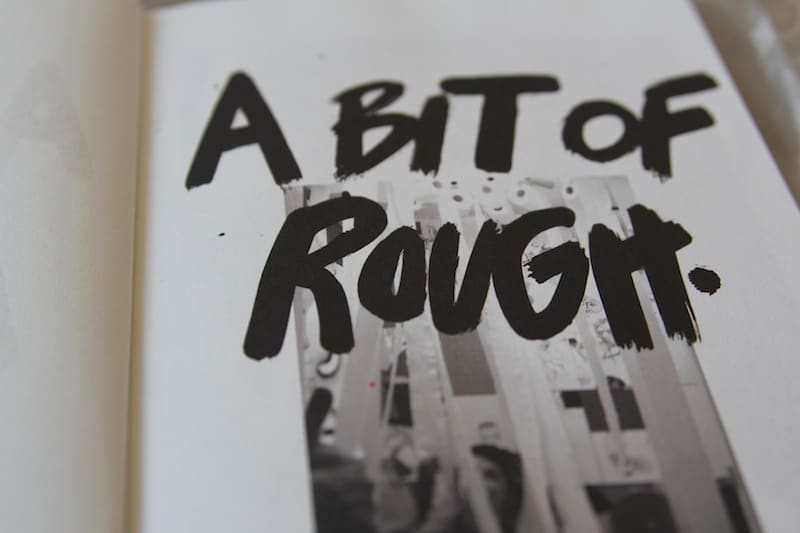 Always wanted a bit of that grit and growl in your voice? Either for some thrash metal or the Bruno Mars style soul/rock vibe? I did, so I decided to go on a bit of a mission to learn it… here’s where I’m at so far.

Vocal distortion, otherwise described as grit, growl, grunt, gravel, rattle or scream (and probably a billion other slang words that I’m not cool enough to know), is high on a singers christmas list these days. It has been panned many times by vocal coaches in the past because it sounds so abusive, therefore it must be. But how did MJ get away with it? Stevie Wonder also whipped it out here and there. Not to mention some of the long standing death metal singers and a whole host of gospel artists. I’d hear coaches say very confidently “It’ll catch up with them eventually”…. but it didn’t. Admittedly many singers in the past really haven’t got away with it and ended up with nodules, but for those who didn’t there was surely a reason. This led me to eventually begin to study it for myself and eventually begin working with those coaches who bravely fly the flag for the distortion cause.

What is distortion exactly?

The grit that you hear is caused by an interruption in the vocal tract creating irregular vibrations. These irregularities are heard as noise or distortion. Underneath that noise however there can remain some normal vibration form the vocal cords which is what gives pitch and melody to the growly voice.

What a singer chooses to interrupt the airflow with to create this irregular vibration can differ. It could be the false vocal folds (flaps of flesh just above the true vocal folds) or a closing of throat or laryngopharynx. It could also be the tongue meeting the velum or even the vocal cords themselves. Each different way adds it’s own character to the distortion and some people may not be able to pull off all of them because of physiological limitations.

Where better than to start with the guy who smashes wine glasses?

There are bunch of guys out there who teach it, but this guy caught my eye when I saw him breaking glasses on YouTube. There’s a particularly entertaining video montage of him screaming at about 20 glasses, one by one, and shattering them with ease. His name is Jaime Vendera.

He teaches many high end rock singers and has a great reputation out there as a technique coach as well as a screaming expert. He clearly has an understanding of harmonics in the voice to be able to obliterate that many glasses without screwing his voice up. I take my hat off to him!

So I arranged a Skype with the man.

Jaime goes for the approach of distorting at the level of the vocal cords. Using the frustrated “Oh maaaaan!” voice (much like when you’re younger and Dad tells you you can’t go out because you haven’t done your homework) it apparently creates a slight gap down part of the vocal cord closure which creates the noise in the sound. Because it’s created at the vocal cord level you have to be very careful about how you enter into it or damage could be caused and tension could occur in the neck.

During the course of the Skype call we explored some interesting sounds in my voice and it became very apparent that several safeguards needed to be in place for me to be able to come out of this alive, and when I had them pinned down the sound and feeling was pretty awesome. Here’s the gist:

1. You must be a relatively relaxed singer to begin with – If you begin trying this with a voice that is tense,
loud or full of strain then you will be coughing up something pretty soon after starting. Singers who train and can sing in most of their range without too much issue will be much better placed to distort, but if not tension could crush down on the vocal cords grinding them into oblivion. Tension also inhibits the correct placement of resonance and can cause a whole manner of issues, even without grit or style.

2.You must be well hydrated and thoroughly warmed up – the road to success has a few pitfalls, so to offset any potential scuffs whilst learning grit you must be limber, flexible and absorbent to shock. The warm up and water will take care of that. Even during the distortion practice it is advisable to reset regularly using the Ingo Titze straw technique (see below) and continual water drinking.

Vocal Warm Up Series #3 The Straw

3. Placement of resonance must be felt in the right place at all times – the sensation of the correct resonant feeling is essentially at the back of mouth, above the tongue and around the area of the soft palate. You tend to get this slightly buzzy feeling in that area in the higher ranges or when singing with a twangy tone. It’s also felt quite strongly on a more intense EE sound. One exercise to draw attention to where the resonance needs to be felt is to do that purring cat sound where the tongue comes up to meet the velum (see below). For me to be able to keep the feeling in the right place in need to be singing like I’m in a slightly twangy light (but not breathy) head voice type sound even when low down. That’s sure to keep the pressure off the vocal cords. If at any point I added too much chest voice or intensified I would lose that feeling, and my neck would bulge simultaneously. Not good! You have to be happy that the distortion itself carries some volume so you don’t need to go adding much extra at all.

4. Airflow must be regulated – the notion of ‘support’ came into play here. The feeling that your firmly bearing down on your pelvic floor muscles, much like trying to break wind or go to the bathroom. Locking that feeling down continuously whilst trying grit will slow the airflow down, which is hugely important to making this a success. If the abdominal muscles are used to tensing and creating massive pushes on the airflow you will blow yourself out in a jiffy. A lot of distortion techniques work on very slow airflow, taking advantage of the vocal fry or pulse register and even general singing works better when airflow doesn’t spike.

5. Little and often is the key – perfecting this can be a dodgy affair, so ensuring you’re thinking about all of the above, try this for a minute or two at a time. If it’s going badly then drop it straight away and return to it later. Give a good few hours in between attempts. Take a song lyric down in chest voice and see if you can hit it. I found the first line from Bon Jovis’ Always quite helpful, especially the vowel EE from the lyric ‘bleeding’.

Yep, that’s right. At times I thought ‘Sod this!’ and canned it forever. Those days I just wasn’t getting it and would be tense no matter what, but Jaime did warn me about those. I dusted myself off after a couple days, tried it again and succeeded. As of this blog post I’m getting more than I was but I’m certainly still at the beginning of the beginner category when it comes to stage application.

Interestingly, I can do a pretty good job of it during Superstition by Stevie Wonder when I hit that F5 to G5 gritty scream in the middle section. After analysing it it makes perfect sense, as that higher area in my voice forces me into that resonant spot. Coupled with the twangy tone it becomes very distorted but feels absolutely wonderful. Steve even asks me if I’m alright after it… I’m like “actually yeah… I’m fine”. It’s a pleasing moment.

It was all worthwhile

Despite not being amazing at it myself, the motivation for learning how to do it was partly because I wanted to help prevent the several singers I would meet each year from losing their voice through aggressive style application. It hurts me to see someone end their career. But after working with Jaime I ran into a couple of rockers who’s growls I managed to improve, much to both of our jubilation.

I hope to work with some of the other distortion coaches soon so I will keep writing about what I learn from those experiences. If you are having trouble with your voice through aggressive styling then please please please get some help. If you need somewhere to start then contact us here.

Chris Johnson Vocal Coach
Expert Vocal Coach. Performer. Utter Geek. at Chris Johnson Vocal Coach
Chris is an expert vocal coach and mentor based in London. He works with major label recording artists, West End actors and songwriters, helping them maintain a voice that's ready for a demanding industry.
Chris is also a writer for iSing Magazine, a founder/presenter of The Naked Vocalist podcast, a voting member of Pan American Vocology Association, and a teacher trainer/vocal coach with the Vocology In Practice network.
All that aside, he's a pure and true music fan with a penchant for Donny Hathaway and songs about heartbreak.